What inspired you to make the film?

I’m always drawn to stories about strong women challenging the status quo. Constance fits the bill. She and the women around her are inspiring role models. Constance, and other people from refugee backgrounds, are survivors. They often bring with them entrepreneurial skills and global perspectives that strengthen communities around Australia, and in my eyes represent the resilient spirit that defines us as Aussies.

Seeing Constance at a point when she was in great emotional pain was shocking. She asked me to collaborate with her to share her experience of what it takes to belong in a new land far from home. As we filmed what emerged was that the way we treat refugees can promote or impede their ability to contribute successfully over the long term.

Can you tell us about the animation and why you used it?

Where no film footage existed to represent what Constance or Mary were speaking about we decided to use animation sequences to tell the story. This allowed us to weave the film with a rich seam of dreams and memories. Animation can evoke feelings and emotions that can’t be spoken, allowing the audience to see beneath the surface.

What do Constance and the family think about the film?

It was a nervous moment showing Constance and her family the film, but as soon as the lights came up Constance shouted “I love myself!” Jacky, 14, wanted her all her schoolmates to see the film so they can better understand her perspective of life. 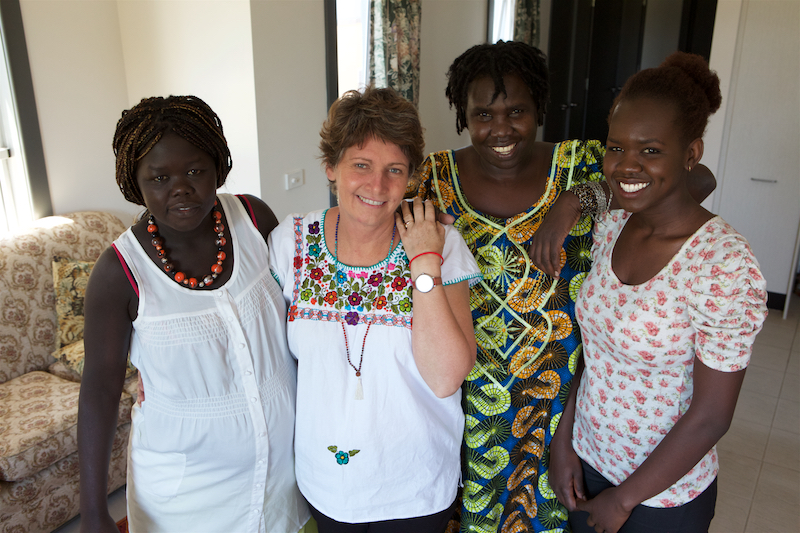 What does Constance want people to do in response to the film?

Constance wants us to build welcoming communities so she and her kids can thrive. After working with Film Aid in Kakuma refugee camp she understands the power of visual storytelling. I still think she was very brave to admit cameras into her home at such a stressful time. By doing so she allowed us to put a human face on the refugee experience.

Constance also wants people to understand that refugee trauma can emerge years after resettlement – often after the early busy months of settling in. “My story is not just mine – it’s the same as thousands of other refugees. We have a lot to offer but sometimes we also struggle.”